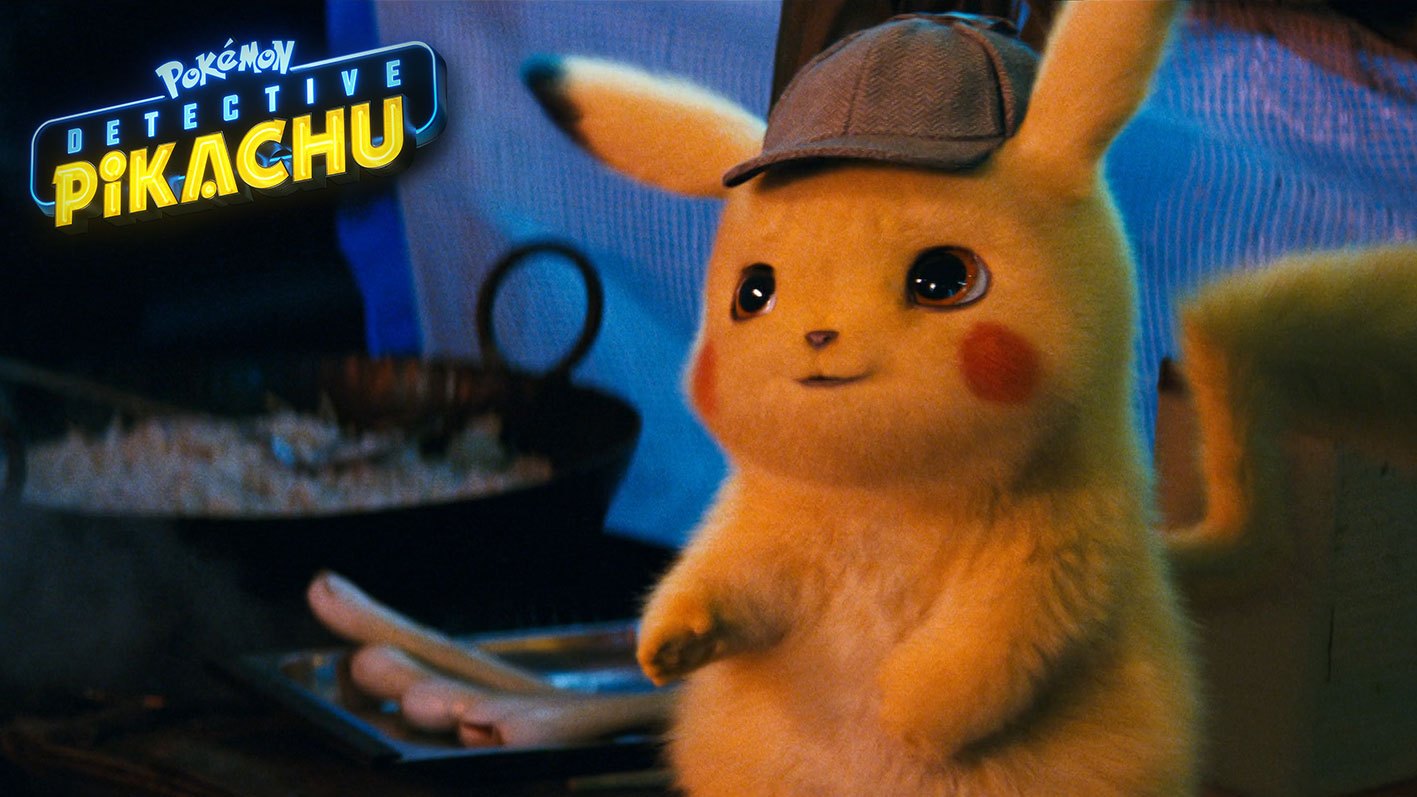 When I first saw the trailer for this movie, I was convinced for a moment that I was experiencing some demented
Lovecraftian fever dream. Ryan Reynolds starring as a talking Pikachu who also happens to be a detective in a live action world of photorealistic Pokémon is about as grotesque, surreal and wacky a film pitch as you’d imagine it to be. While it looked absolutely daft, I felt that it was a film that had to be seen to be believed. After all, a live
action adaptation of a Japanese video game/anime franchise about cuddly animals with its own unique setting starring Ryan Reynolds, of all people was a concept that would either fall flat on its face or prove to be surprisingly charming for what it was.

The film is, as its title states, a detective story, set in Ryme city, a city inhabited by humans and Pokémon living together as equals. Tim Goodman (played by Justice Smith), a disillusioned young insurance salesman is grieving the loss of his father, Harry following his apparent death in a car crash and returns to Harry’s apartment to collect his assets. He then encounters a Pikachu wearing a deerstalker hat that can somehow speak and only he can understand and finds out that he was Harry’s former Pokémon partner. From then on, the two, accompanied by a junior fluff columnist (played by Kathryn Newton) spend the film attempting to uncover the mystery behind Harry’s death, discovering more about themselves and their situation along the way.

Detective Pikachu makes a bold attempt to juggle together both the gritty urban elements of a detective neo-noir thriller and the more saccharine and child-friendly elements of Pokémon, resulting in the film being rather
tonally dissonant. This tonal mismatch is a significant issue because the cartoonish, cheesy and comedic theatrics of the film don’t blend particularly seamlessly with it’s urban mystery thriller premise. It tends to go too far with this premise by piling on too much information and an over-abundance of unnecessary plot twists and revelations which would likely give a viewer too much to unpack without having to be a fan of Pokémon to begin with. It didn’t help either that Justice Smith’s lead human character had about as much personality
and charisma as a mouldy oatmeal cracker, made even worse by the stilted dialogue shared by most if not all of the main human characters in the film. Going in, you can be sure that there is no shortage of cheesy speeches about hope and awkwardly executed and unfunny quips by most of the human cast.

On the other hand, Ryan Reynolds’ performance as the wisecracking, coffee-guzzling, yellow mouse detective was
just consistently hilarious and manic enough to offset the otherwise flavourless human characters. While it did feel like Reynolds was channeling a kid-friendly version of Deadpool during much of the film, his was the only
consistently great performance throughout the movie. The fact that Reynolds is taking the form of an excessively adorable and saccharine fuzzy yellow Pokémon while simultaneously giving the character a distinct personality through his brand of wit and sarcasm is something I can’t help but find charming.

Without a doubt, the true stars of the film are the Pokémon themselves. The movie goes to great lengths to bring these fictional creatures to life, giving them a larger than life presence that depicts them as a part of the world around them. The scene with the colossal, earth-shaking Torterras, for instance is a breath-taking example of their presence in the film as well as how lovingly rendered these creatures are. It also helps that the film is a gold mine of some pretty solid references to the Pokémon mythos that die-hard fans will undoubtedly appreciate. One example includes the scene depicting the notoriously weak fish Pokémon, Magikarp, evolving into the ferocious sea-serpent Pokémon, Gyarados, during Pikachu’s fight with Charizard in the underground battle arena. The interactions between the Pokemon characters were also a highlight of the film, and were honestly, far more entertaining between any of the interactions between the comparatively banal human characters. My favourite interaction being Pikachu’s hilarious interrogation of a Mr. Mime, who communicates through body language and mime-based trickery. You could tell that the art designers had just as much fun designing the Pokémon characters as the writers did writing every scene involving them.

By blending the cartoonish themes of Pokémon and the urban detective thriller themes together, they also breathe to life the vibrant set-pieces of the film itself. Because the film itself is quite a gorgeous spectacle for what it is. The sprawling metropolis Ryme City itself, for instance feels like a fusion between Blade Runner’s iconic sci-fi cityscape and the feverishly demented Toon Town from Who Framed Roger Rabbit, perfectly echoing the tonal blend the film’s going for. Other examples of this film’s beautifully crafted set-pieces include the aforementioned scene with the valley of colossal Torterras which gives the film a sense of vastness and making this world of Pokemon seem giant and organic.

Detective Pikachu is a love letter to the Pokémon franchise that revels in its own absurdity which works both to its benefit and its detriment. The narrative of the film itself can be a tad off-putting for casual cinema-goers with its bombardment of plot twists, bland human characters and overdose of Pokémon trivia. If you’re a true Poké-maniac however, you’ll be in for a ridiculously fun and wholesome ride.